Everytime one of your favorite bands release a new video, you may pay attention to the music, story and the concept of it, but only a few times you ask yourself about the director, unless you have been a loyal Behind The Scenes fan. Do you remember the good times on MTV?

The truth is that not only genres like pop, hip hop or any music style has awesome clips, metal also has great music videos, whose mastermind comes from the cradle of this genre: Sweden.

So in this first article from #RockUpTo series, I want to introduce you to Patric Ullaeus: the nordic god of the lens.

The title may seems a bit exaggerated but Patric has been able to materialize in a simple and great way, the songs of bands like In Flames, Evergrey, Arch Enemy, Dimmu Borgir, Europe and Children Of Bodom. With Dimmu Borgir, he won The Spellemann Award for Best Video for The Serpentine Offering.

The swedish director`s work is characterized by a dark and vibrant cinematic look, futuristic concepts, sometimes melancholy, and imposing locations.

Patric has an Ace up his sleeve to give life to his ideas: a production company called Revolver Film that has worked with well known bands and brands.

Would you like to watch a few great videoclips? Get inspired! After this, recording a music video will become a priority in your musical project.

Out of the oven! Arch Enemy – The World is Yours

Immense like music itself: Evergrey – The Paradox of the Flame (feat. Carina Englund)

Are they his favorite clients? In Flames – When The World Explodes (ft. Emilia Feldt)

Now you know what I meant: In Flames – The End

The return of Europe: War of Kings

And the winner is! Dimmu Borgir – The Serpentine Offering

And to finish with something really cool! Check it out his occasional office:

After publishing the (improvable, I know) english version of the article, I received a couple of surprises from Patric Ullaeus himself and Anders Fridén, In Flames vocalist. These little gestures encourage me to keep going and believe that everything is possible if you work hard and you love what you do: 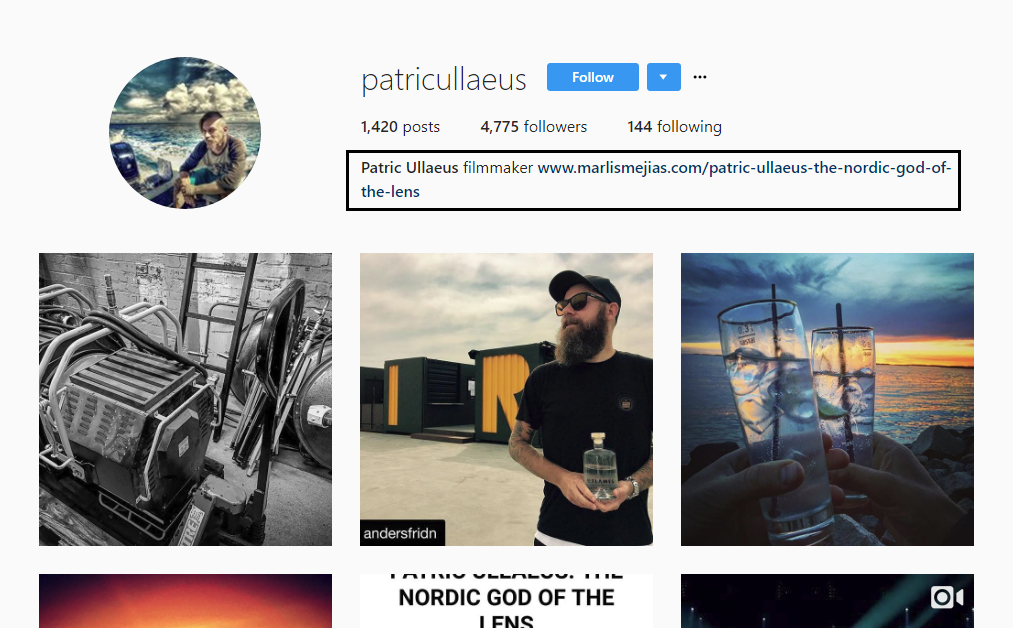