Music is a full-time passion, and today this is more clear than ever, especially with artists and genres that the mainstream halo doesn’t intend to reach and where musicians have greater freedom to create and work in their own material to make it visible, without abandoning the dedication to compose, record, rehearse, play live and even attend to complementary jobs if it needed to. It seems too much, and it is, but bands like Stellar Circuits show that it’s possible to devote oneself to music, create honest songs and put the soul and commitment into every aspect of the music scene.

In this chapter of #RockUpTo, I had a conversation with the lead singer of Stellar Circuits, Ben Beddick, about the role of musicians in the new music industry, the fading of genres in Metal music, the organic creative process and the next steps for the band regarding their new album Ways We Haunt which is going to be out next November 9th.

“It’s something that was always under the surface, ready to get out”

Yes, Ben Beddick sings in a Metal band but the origin of his passion for music and singing began at the roots of other musical styles far from the high notes of Bruce Dickinson and the speed sound of Metallica.

“I’ve always been enamored with writing and by vocalists. I read a lot when I was a kid and I was really into hip-hop. Especially the more lyrical MCs. I started seriously playing music when I picked up the harmonica. I joined a blues band when I was around 19 and quickly became consumed by all aspects of The Blues and performing. It wasn’t long before I realized that what I had always wanted was to be a vocalist. I think the harmonica was my way of understanding music and inching towards the microphone to sing”.

Each experience can bring to life an emblematic song and unleash a memorable presentation, that’s why an artist’s perception of its environment is usually the first stage of an honest creative process.

I try to be very aware of emotions

“Life is such an inspiration. I try to be very aware of emotions. As I get older I learn more and more about how much I cherish the experiences I have and the people that I connect with in my life. It’s kinda cliche at this point but I believe that a lot of artists are overwhelmed by the amount of emotion that they feel. It’s our m.o. to decipher and convey these feelings”.

The creative process is always close to the emotions and reality, and it tends to be more analytical than rational, and for Ben, that means getting carried away wherever the music takes him. Many musicians feel frustrated when they can’t find the path to translate their ideas and feelings into their songs at the «right» moment. They search for the muse in desperation but in musical creation, it’s not always the artist who sets the clock.

“I’m lucky enough to work with people that I connect with on a very deep level. I’m inspired by the music that my friends create. When writing, I always try to be open to the way a piece of music makes me feel when I first hear it. That’s the most important thing. I want to let any preconceived notions go and be open to wherever the music takes me. Sometimes it’s something that comes fairly quickly and other times it takes a little more concentrated effort and time to translate”. 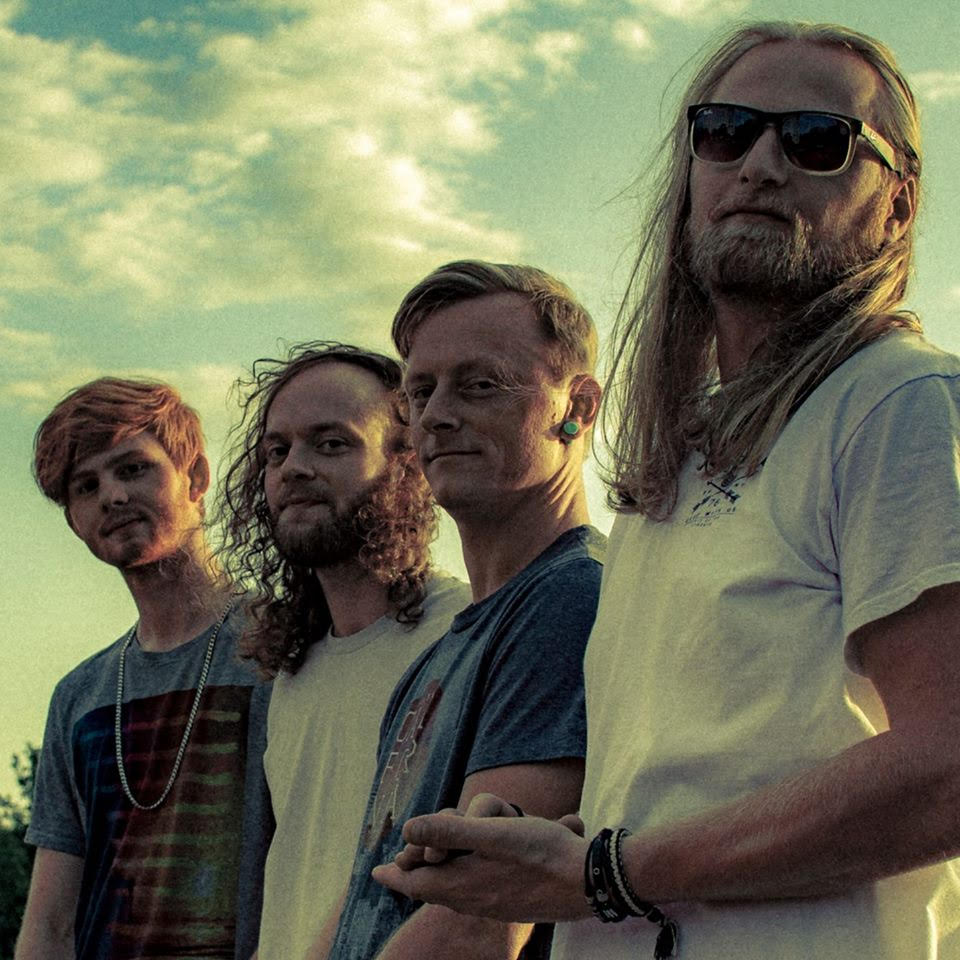 “Musicians can no longer just be artists”

The music scene is changing and musicians are now expanding their creativity beyond composing and taking action in other branches of this art form, a necessary step to bring their songs to the audience and remain visible. In this new scenario, artists pursue a greater purpose: to live on music and for the music.

“It’s an everyday job. There’s always something that needs to be done, especially in this day and age. Musicians can no longer just be artists. We have to handle everything from marketing to booking, financing and coordinating all aspects of the band”.

Now, bands have more control over their promotional actions and the way they carry them out. These activities demand a greater investment of time, money and creativity. Some musicians are enthusiastic and open about this role, and others prefer to leave it aside, but sometimes they realize that accepting this is essential to transform their passion into a way of living.

It’s our job to spread our music

“There’s really no one out there waiting to do the work for you. We spend just as much if not more time navigating the business side of music than creating. It’s something that we’d like to delegate in the future when we have the ability to do so. The more time we can spend focusing on and creating music, the better our art will be. But for now, it’s our job to spread our music to as many people as we possibly can”.

Philip Kötler, known as the father of marketing, has a famous quote which says «marketing is the creative use of truth», however, it remains one of the most evaded aspects by musicians, sometimes due to mistrust and others due to unknowledge of tools and approaches. More freedom translates into greater sacrifices, but also in better rewards and results. Constant preparation is key.

“I’d say one of the most difficult areas to navigate would be publicity and marketing. There’s just so much music being advertised and offered to people these days and it’s tough to find the time and resources to give your music the best chance of being heard. It’s also pretty easy to get jaded when you’re constantly working on advertising your art. Innovation is key, though. It’s all about coming up with any and all creative ideas to help separate yourself from the rest”.

Metal music is fading away

Progressive Metal and experimental bands are getting a lot of attention from the audience these days. Classic metal bands are still relevant for fans, but there is a change in the public’s ear and its openness to a world of emerging sound proposals. For Ben, it’s not just about the genre, it’s about the way the music is growing.

“Music is always progressing and I think that more progressive genres are simply a byproduct of that. I think the nature of any “post” music is that it comes after so it’s only natural that, as time goes on, those genres will continue to develop. It’s an awesome thing to see people experimenting with different types of music and to see people responding to that. It’s really exciting”.

“There’s so much mixing of different genres these days that the lines continue to become more blurred.  I don’t think this is unique to Metal, though. It’s kinda the same way with all genres now”.

Ways We Haunt: a new step in the Stellar Circuits universe

Stellar Circuits had three years preparing themselves to take Ways We Haunt to the world, and now that the album is ready, a universe of new experiences, including a tour across the United States is about to happen.

“We’re so excited to finally get this show on the road and travel to new markets with our music. It’s something that we’ve all been working towards for so long now it’s amazing that it’s finally at hand. This creation of this album has been our lives for almost 3 years now and we’re just ready to let go and share it with the world”.

Each production of Stellar Circuits has its own core message, a path that illuminates a single constellation called catharsis.

“It’s hard to boil everything down to a core message. We’re all very different people now than we were, even 4 years ago. I think one of the biggest themes within our music is that of self-discovery. For me, art has always been a way to cope with and understand myself and the world around me. Catharsis is one of the greatest gifts we can receive and that’s what we aim to achieve with our music”.

To deliver that message and awaken the catharsis in the audience, has a maximum platform: the stage.

“I can’t describe the feeling. It’s something that’s so completely and utterly gratifying. There’s a sort of circuit that’s created when performing for an audience that’s receiving your message and It’s one of the most powerful things I’ve ever experienced. I’m so grateful for the opportunity and the platform to do so”.

Stellar Circuits is a combination of talent, roots and honest feelings driven by a down-to-earth perspective on what it takes to make the art last and remain sincere.